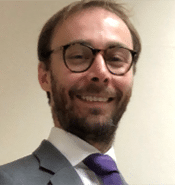 David received his BSc(Hons) in Microbiology from the University of Manchester, additionally working for Boehringer-Ingelheim’s Metabolic Disease arm in Germany to investigate the role of dyslipidaemia in cancer. Following-on from his D.Phil. in Clinical Medicine at the University of Oxford, David additionally completed postdoctoral work funded from his initial findings, focusing on the mechanisms of immune cell trafficking through the lymphatic system.

However, David is now keen to draw further on his previous training in Immunology. It is his belief that there are clear parallels between the strategies exploited during tumour metastasis and conversely during successful T-cell infiltration of solid tumours. David is keen to explore this, and other such mechanisms further, as guided by investigations into the Long-Term Survivor cohort, in a bid to advance Continuum’s commitment to address any unmet clinical need for Cancer patients.

In terms of activities outside of the lab, David has a keen interest in classic cars, generally seeking-out splendid things and spending time with his dog. He may even consider another hound at some point! 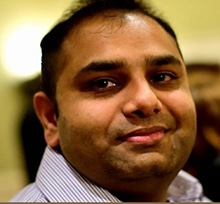 Dhaval received a Masters (Biotechnology) at Indian Institute of Technology Bombay and subsequently read for a D. Phil. at the University of Oxford (Sir William Dunn School of Pathology) in Molecular Immunology. His postdoctoral research encompassed the academic study of early TCR activation machinery in the T cell membrane and the role of lipids in the lateral organization of this machinery by using molecular and biochemical tools. He developed a unique reconstitution assay for studying the assembly of multiply tyrosine-phosphorylated signalosomes on artificial lipid vesicles. After a brief foray into biochemical and mass spectrometric characterization of protein targets of agrochemicals at Syngenta Ltd, he returned to T cell research, albeit with a therapeutic focus, joining the TCR bispecific pioneer Immunocore. Initially he was involved with discovery using generation of large phage display libraries of T-cell receptors (TCR) and later participated in the development of the next generation of an integrated TCR discovery and affinity maturation platform using mammalian display to leverage high avidity functional screening for soluble TCR therapeutics.

The unique access to biological samples from long term cancer survivors at Continuum Life Sciences offers an exciting opportunity to delineate the immunological mechanisms underpinning natural cancer control and translating these into future TCR-based therapies to extend the survival benefit to the larger population. The answers to some of the most indefatigable elements of the tumor heterogeneity and immune-suppressive microenvironment could be unlocked by studying these extreme phenotypes. 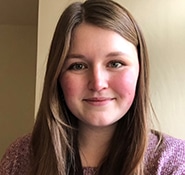 Rachel received her BSc in Biochemistry from the University of Bath, during which she spent a year working in the Rossjohn laboratory at Monash University. There, she studied MR1-restricted T-cells using X-ray crystallography to define the specificity of their antigen recognition and explain the structural basis for autoreactivity displayed by a subset of these T-cells.

Rachel subsequently completed a DPhil in Cellular Structural Biology at the University of Oxford, focusing on the function and mechanism of an oncogenic cell-surface receptor protein. Moving into a postdoctoral position, Rachel contributed to the development of a novel ligand-binding assay now in use for identification of potential anti-cancer drugs.

At Continuum Life Sciences Rachel will be part of the Protein Science team, validating the data from our academic research partners and developing these findings into potential therapeutics. Data derived from Continuum’s long term survivor study has already highlighted novel mechanisms to fight cancer from within. This unique survivor-led approach is an exciting and promising strategy to develop new treatments and hopefully improve the prognosis of many cancer patients.